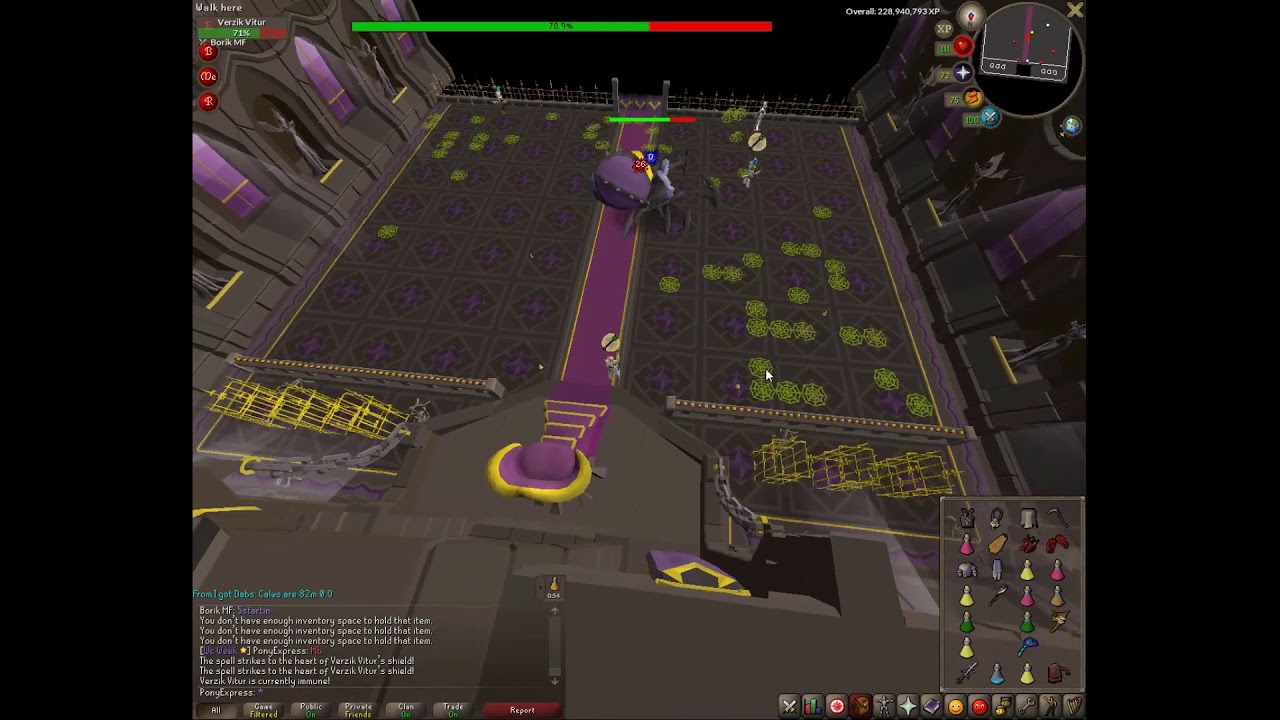 Old School Runescape is a tough game. In fact, defeating some of the most difficult bosses around should be your next goal as an adventurer if you want to become truly powerful and defeat any foe that stands in your way. For some players, the most satisfying part of any game is mastering difficult bosses and finally getting that item you’ve been grinding hours for.

So let’s break this down to see which bosses will take countless hours to master, and which will unforgivingly send you back to Lumbridge over and over again.

Before you proceed, you might want to stack up on some OSRS gold, so don't forget to visit these RuneScape gold sites first.

It can be difficult to fight a level 814 monstrosity when you’re high-leveled PvMers, but it becomes even more challenging when the monster has multiple attacks and phases that all need to be mastered before they are defeated. It is easy for team members to become overwhelmed if there isn't an open line of communication in Discord with your team. It is crucial that you have more than enough Saradomin Brews, Anglerfish, and Super Restores before fighting the boss. They are very important to win this battle.

Defeating The Nightmare will grant you incredible rewards that are the best of their kind. You'll get your hands on some amazing OSRS weapons like a Harmonised Orb and an Inquisitors Set, not to mention new crush armor which is what all players want.

To face this insane boss you'll first need to enter the Corrupted Gauntlet, which gives the player 7 minutes and 30 seconds to prepare for the Hunllef. In this time you’ll need to craft weapons, armor, and find enough resources that they can survive your encounter with their extremely challenging level 894 boss. The timer is very tight so even if someone manages in crafting everything it takes beforehand then defeating them will still be a challenge

This is an extremely difficult boss who changes attack styles constantly and can disable your prayers. Plus, these attacks have a ton of AOE effects that will track you across the room which makes this fight very challenging for solo players. There's no one to help you during battle so it makes things even harder but also more satisfying when wining.

The Olm has a whopping combat level of 1043 and equally high stats across the board. Most players will need at least three people to take on this boss, as each player focuses on different aspects during battle. Like most other bosses that are around its rank in levels, it can go through phases and attacks which may be hard for one person alone to deal with back-to-back without taking damage or getting killed by an attack they couldn't dodge. It's not uncommon for experienced teams who face him together to die while fighting against his challenge before being able to complete the task ahead.

The end-game boss, Olm is guarding the final loot which includes some of the most coveted weapons such as Twisted Bow that can make you a billionaire.

The Theatre of Blood is the second raid in RuneScape and easily the hardest, with Vezrik being the final boss you will face. Verzik has three phases: The first phase consists of a giant spider-like construct that shoots a web at players; which can’t be harmed by any physical attacks, only magic or ranged. In order to beat this boss alone without assistance from your team members, you'll need to master everything including switches and counting game ticks as well as stay alert during every moment when he's not attacking for fear he may summon an even more powerful beast than himself.

The Theatre of Blood is a difficult challenge, requiring you to be an expert in Player vs Monster combat and able to defeat all other bosses with relative ease. Defeating Verzik will give you the chance at some juicy loot such as the Scythe of Vitur, which has been considered by many players to be one of the best melee weapons in-game.

Zuk is a giant, terrifying boss with an incredible combat level of 1400. With one strike it can easily kill any player that isn’t quick enough to react and dodge its attacks. However, Zuk only represents the final challenge in The Inferno which many players would be too scared or not strong enough to attempt unless they happen upon this content by accident or get lucky from some unknown circumstances.

The Inferno is the hardest challenge that OSRS has to offer, and defeating Zuk will unlock a cape which any player wearing it deserves some respect. The Infernal Cape not only looks absolutely beautiful but also unlocks one of the best capes in-game.